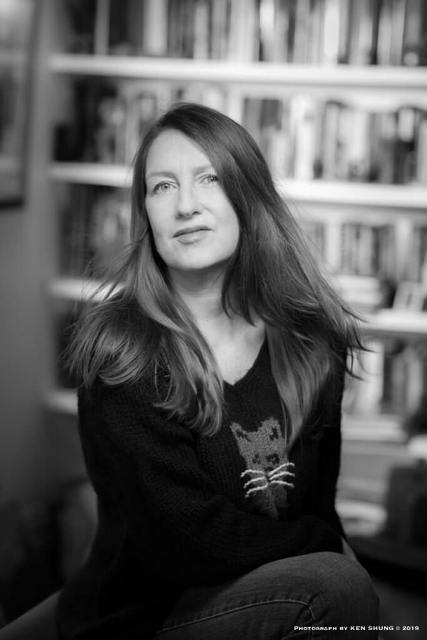 Susan Fensten had a hole in her life where family should be. Her father was an urban “high plains drifter”. Her baby sister committed suicide young. Her mother goes unmentioned after her childhood. With an open heart, she went looking for some connection with lost family on a genealogy website. What she found was terrifying.

She grew up in the Lower East Side and Spanish Harlem when New York was in its Serpico years. She was tough and street smart but completely unprepared for the betrayal of trust she suffered. In the eighties, she had a job in publishing and spent her evenings watching “Honeymoon Killers” with her gay bestie Bobby. After making a positive connection with a possible family member online, she soon inherited much more than your typical family drama. A child dying in an arson fire, an acquitted rapist sharing her address and phone number with his kinky cabal, inboxes filled with disturbing pornography, and her boyfriend Noel receiving violent phone calls. How did the voice on the other end get his number? How can Karen escape?

Who was torturing Karen with abandon? Bobby. It turns out that her close friend was making her a character in his own real life novel. It took the FBI , thanks to Noel’s persistence, to find out what Bobby had done. Bobby the confidant. Bobby who corresponded with serial killers. Bobby the psychopath. Then the story gets more interesting. “You Have a Very Soft Voice, Karen” is a ripping yarn that only tells a part of this king rat of a story.